At the end of 2021, Ecopetrol and its ESG report a total of 54.5 GWh/year of solar energy, 98% of which is associated with the operations of Granja Solar Castilla and Granja Solar San Fernando (CENIT) and 2% with operations at Pozos Colorados and Esenttia. 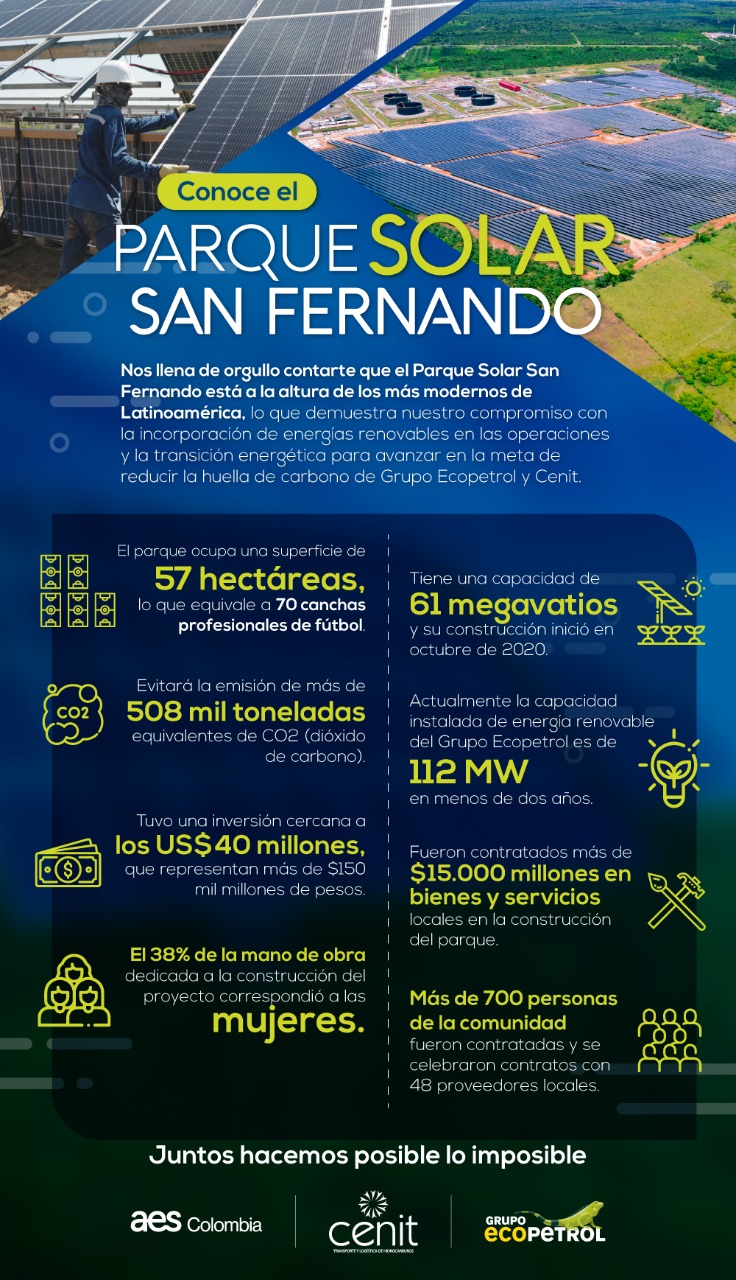 Get to know the San Fernando Solar Park

We are proud to tell you that the San Fernando Solar Park is among the most modern in Latin America, which demonstrates our commitment to the incorporation of renewable energy in operations and energy transition to advance the goal of reducing the carbon footprint of Ecopetrol Group and Cenit. 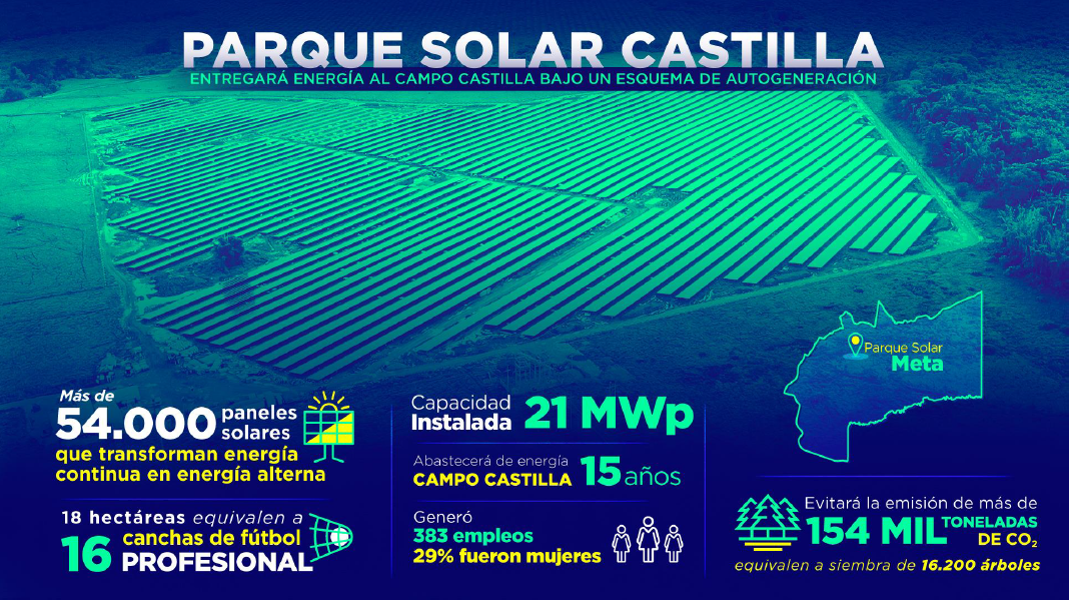