The National Government through the Ministry of Finance and Public Credit (MHCP for its Spanish acronym) and Ecopetrol, defined an agreement to settle the COP 14.1 trillion of the outstanding receivables from the FEPC as of March 2022.

The agreed plan entails two decisive actions directed to settling the aforementioned in the next few weeks:

This proposal will be presented at Ecopetrol's Extraordinary Shareholders' Meeting requested by the majority shareholder (MHCP) and convened for June 17th, 2022.

FEPC has proven to be an effective mechanism to prevent the increase in international oil and fuel prices from affecting consumers’ purchasing power, thus avoiding greater inflationary pressures on the domestic economy.

Ecopetrol reports solid financial results with a net income of COP 6.6 trillion in the first quarter of 2022, the highest ever recorded in its quarterly history. The agreed plan strengthens the Ecopetrol Group's liquidity position and its ability to execute the ambitious investment plan announced for 2022 and the coming years, as well as its 2040 strategy. The mechanism not only allows it to provide a solution to settle the accrued receivable amounts of the FEPC as of March 2022, but also contemplates a strategy for adequately financing the Fund during the following years.

In this way, the Ministry of Finance and Public Credit confirms its commitment to meet the FEPC's obligations and ensures the Fund’s satisfactory operation in the medium term. In line with this commitment, the 2022 Medium-Term Fiscal Framework will provide a roadmap that will include a multi-year payment program (2022-2025) to meet the estimated obligations incurred with the FEPC that complies with the fiscal rule, as well as a variety of alternatives to modify this stabilization mechanism’s structure to ensure its medium-term sustainability. 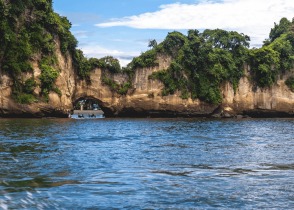