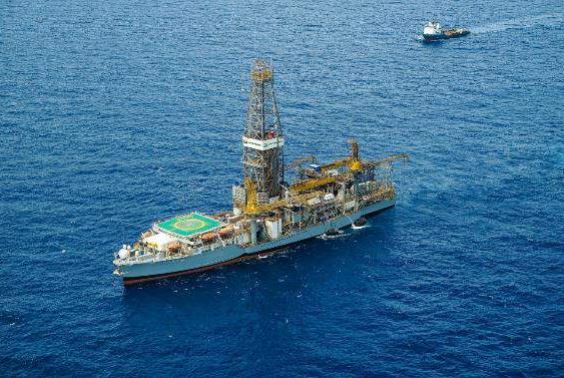 It is the first link in Ecopetrol’s value chain. Its main objective is to explore, discover and appraise commercially viable hydrocarbon accumulations, seeking to ensure the reserve replacement required for the sustainability of the Ecopetrol Group. To centralize, unify and manage hydrocarbon exploration activities, Ecopetrol has an exploration process that integrates all the subsidiaries of the Group, and determines the requirements and decision-making instances throughout the life cycle of an exploration project, in order to promote operational discipline and planning in exploration opportunities. Additionally, the exploration process seeks to optimize exploration portfolio management, while maintaining high technical assurance standards, directing efforts towards compliance with the exploration strategy and to streamline the process of maturing opportunities, converting them to discovered contingents and reserve resources.

In total, the Ecopetrol Group has access to 8.79 million hectares distributed among the different subsidiaries and areas of interest in the various countries where it operates.

The Near Field Exploration, NFE, program was established, which includes an accelerated maturity plan and execution of integrated projects with an emphasis on synergies, high probability of success and capacity to generate short-term value.

Because the Piedemonte Llanero is the largest gas production source in the country, it is operated and managed in an integrated manner, from exploration to development. This guarantees capturing greater value for the Company, by implementing synergies that empower it to address the technical challenges and operational characteristics of the area.

This consolidated plan will also allow it to meet the feasibility challenges of well drilling. In 2019, Ecopetrol was assigned the LLA-121 block, where it will hold a 100% stake, and the LLA122 block in association with Parex, who holds a 50% stake therein. These blocks are located in the Piedemonte Llanero and will permit Ecopetrol to strengthen its presence in this area of the country, where it already has significant oil and gas assets.

In the Llanos Orientales (eastern plains), progress has been made on two fronts: 1) maturity and drilling of prospects in the northern area of Arauca, where light crudes are sought in high-productivity fields associated with the Arauca-Caño Limón chain; and 2) exploration and appraisal of heavy crude prospects near to the Chichimene-Acacias-Lorito and Castilla production trains, whose development will leveraged on existing infrastructure and on Ecopetrol's experience in this type of fields.

In the Mid-Magdalena Valley basin, work has been carried out to acquire seismic information and to understand new exploration concepts. In alliance with strategic partners in this VMM region, exploration campaigns have been carried out in recent discoveries, applying cost optimization and productivity analysis criteria.

Finally, as part of the expected long-term growth in border areas, Ecopetrol has been evaluating the Paleozoic plays in the Llanos Orientales (eastern plains) and deep plays in the VMM.

An important part of the execution of the Colombian Onshore exploration strategy falls on Hocol. The strategic definition approved in 2019 focuses on the exploration of medium and light crudes in the Higher Magdalena Valley (VSM for its Spanish acronym) and in the central part of the Llanos basin, as well as gas exploration in the north coast and the Lower Magdalena Valley (VIM for its Spanish acronym). In 2019, Hocol was assigned in the Llanos Orientales blocks LLA-86, LLA-87, LLA-109, LLA-123 and LLA-124 in association with the Company Geopark, and LLA-100 block, where it will holds a 100% stake, while in the Cordillera (mountain range) area, it was assigned the COR-9 block with a 100% stake therein.

Progress is being made to evaluate the Orca and Santa Ana discoveries, with the intent of accelerating their appraisal and development. In 2020, the drilling of the Uchuva-1 well (Tayrona block, north of La Guajira) is planned, in conjunction with Petrobras. 114 Complementing the growth strategy in the Colombian Caribbean Sea, during the first cycle of the Permanent Process for Allocation of Areas, Ecopetrol was assigned the GUA OFF-10 block with a 100% stake thereof.

During 2019, a process was carried out to incorporate partners with experience in deepwater exploration, which resulted in an important milestone for the development of the Colombian Offshore culminating in the signing of an agreement in 2020 between Ecopetrol and Shell, whereby Shell will acquire a 50 % interest in the Fuerte Sur, Purple Angel and COL-5 blocks, located in deepwater Colombian Caribbean Sea. The assignment of interests to Shell is subject to the approval by the National Hydrocarbon Agency (ANH for its Spanish acronym).

After the commercial agreement, Shell will assume the operation of the blocks, and the drilling of a delimiter well in the area will be carried out at the end of 2021, once the respective approvals by the authorities are completed. Additionally the first production test will be carried out in 2021. If these activities have positive outcomes, the discoveries could be developed and thus gas supply for the country will expand in the medium-term.

In Brazil, the strategy focuses on the incorporation of assets through purchases, farm-ins and participation in exploration rounds. We managed to be included in the Pau Brasil and Saturno exploration prospects, and acquired as well 30% of the Gato do Mato discovery located in blocks BM-S-54 and in the Sul de Gato do Mato production-sharing agreement.

The deepwater strategy in the US Gulf of Mexico is focused on the search and development of opportunities in the Miocene and Jurassic reservoirs, prioritizing opportunities with low exploration risk and close proximity to existing infrastructure. For 2019, block MC-726 was incorporated into the portfolio by acquiring a 21.43% stake from the company Chevron. The operator of the block is the Company Hess. In the MC-726 block, the Aquex1 well was drilled during the second half of 2019, resulting in a discovery of liquid hydrocarbons that will begin production in the first quarter of 2020.

Additionally, as part of the first round of 2019 (Lease Sale 252), the MC-904 block located in the Mississippi Canyon area was assigned to the subsidiary Ecopetrol America. The subsidiary's stake in this block is 31.5%, while the operator Fieldwood owns 58.94% and Company Talos the remaining 9.56%.

In Mexico, work is currently underway to develop Offshore opportunities in blocks 6 and 8; and the drilling of the Moyote Well operated by Petronas is planned for 2020