Behavior of the Stock and ADR

The Colombian Stock Exchange (BVC) had a devaluation during 2020, in line with the lower price of crude oil. Brent decreased 22% during the past year, going from levels of USD 66 / bbl at the beginning of 2020 to USD 52 / bb at the end of the year, while the COLCAP index – the main reference of BVC – had a 14% devaluation during 2020.

Behavior of Ecopetrol’s share at BVC (figures in pesos) 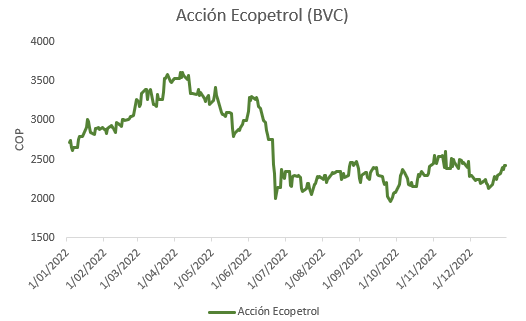 Evolution of ADR on the New York Stock Exchange

Ecopetrol’s ADR (American Depository Receipts) closed 2020 with a price of USD $ 12.91, which is equivalent to a 35% devaluation as compared to the end of 2019. This behavior was in line with the performance of O&G companies during the year 2020.

Table. Behavior of Ecopetrol’s ADR on the NYSE 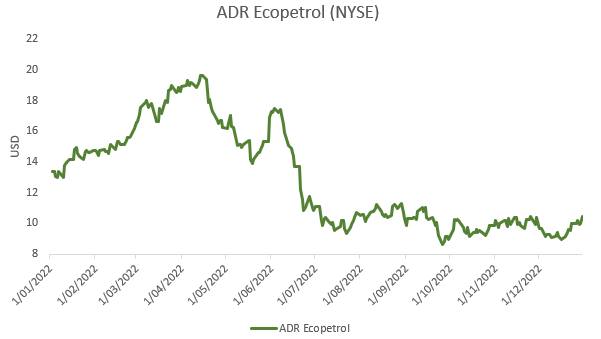