Article 7 of the 1991 Political Constitution recognizes and protects the ethnic and cultural diversity of Colombia. Ethnic groups that inhabit the national territory are as follows: indigenous, Afro-Colombian, Raizales, Palenquero and Rom populations. The self-recognition of an individual or group as a member of an ethnic group is the starting point for the application of the Colombian legal framework, which is based on three principles:

Through Unification Ruling SU-123/2018, the Constitutional Court has indicated that “there is a certain right to participation of indigenous peoples regardless of the impact, as a manifestation of the right to participation but, in accordance with the principle of proportionality, international human rights law and constitutional jurisprudence have understood that the types of participation are diverse. Such typology is guided by the type and scope of the affectation that the group’s conditions of existence could receive, as follows:

See our Guide for Relationships with Ethnic Communities

Presence of ethnic groups in the departments where we operate 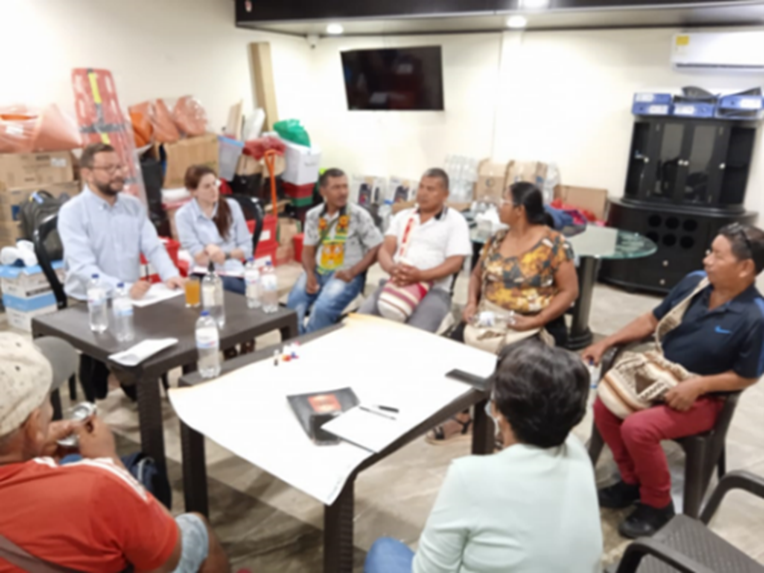 Areas where the presence of ethnic communities is identified at the territorial level and where Ecopetrol S.A. has active operations:

Procedure for conducting prior consultations

The possible impact on ethnic groups in the work areas is verified from as early a stage as the planning of the operations to be carried out. In the event that a possible direct impact on ethnic groups in the areas is verified before the authority, Ecopetrol accompanies and promotes the guarantee of the right to Prior Consultation. The development of prior consultations at Ecopetrol has an internal procedure, based on current regulations and on the analysis of the potential impacts of the projects.

Three relevant moments in the development of a Prior Consultation are shown below, in operational areas with the presence of ethnic groups:

Click here to see the Procedure for conducting Prior Consultation processes

Below are the projects that have required the development of prior consultation processes with ethnic communities and their current status.

Meetings with the communities were suspended during 2020, given the contingency of the pandemic and the safeguarding of the groups.

1. Dialogue with the U’wa People. The participation of Ecopetrol in the Dialogue Table established by the National Government with the U’wa people, allowed to strengthen communication between Ecopetrol and Asou’wa. This intercultural work space aims to strengthen trust, knowledge and mutual agreements. It was established in 2018, after several years of distancing in the relationship, and to this day there is still a stable and permanent communication with AsoU’wa. It is expected to expand the radius of action to the other organizations representing the U’wa Group.

2. Agreement for the promotion of Cultural Heritage Conservation for the Cofan People. An agreement was signed with the Permanent Committee of the Cofan People in 2020. The aforementioned agreement undertook to strengthen conservation and cultural promotion through the adaptation of 5 spaces for mythotheques, as well as the participatory diagnosis to update the Cofan People’s Life Plan. 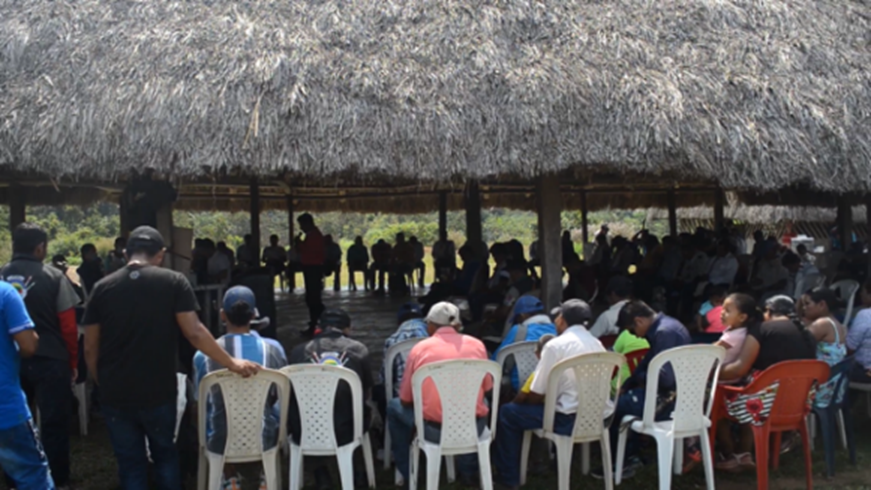 Meetings with the Cofan Town Permanent Table to sign the agreement.

3. Agreement for the Sponsorship of artisans of ethnic groups within the framework of EXPOARTESANIAS. Expoartesanias is the main (internationally recognized) national space in which artisans from all regions converge. Ecopetrol maintains an initiative that supports the logistics and installation of an ethnic handicraft pavilion every year, with the participation of about 100 artisans in their respective stands. This exhibit is instrumental in the promotion and recovery of ancestral knowledge around the production of handicrafts. The supported the 2020 virtual edition of Expoartesanias; 102 artisans from different regions of the country participated. 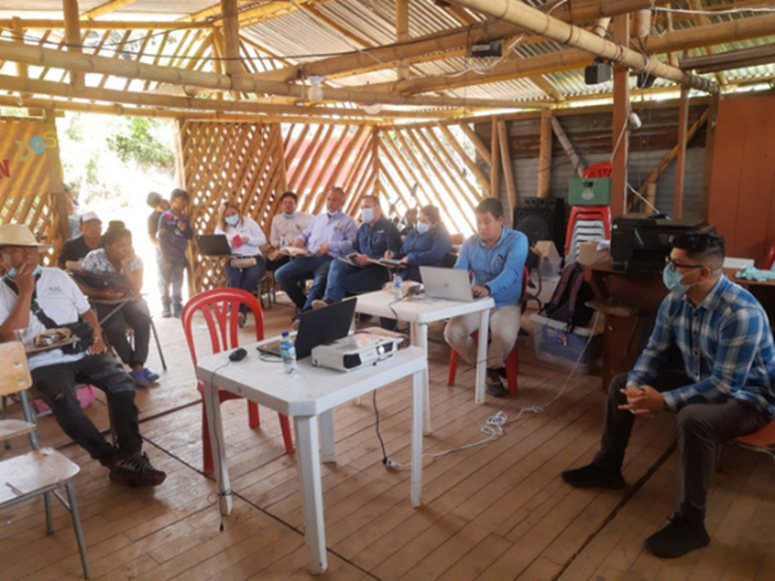 Participation of members of the Arhuaco community in Expoartesanias, 2019.