Materiality is the determining principle for those relevant topics that are sufficiently important and therefore must be included in this report.

In order to identify them, Ecopetrol considers a combination of internal and external factors that include, among others: the organization’s mission, its strategy, the concerns expressed by stakeholders and those expectations included in international standards with which the organization is expected to comply.In order to determine materiality, a methodology was used that includes the following steps described below: 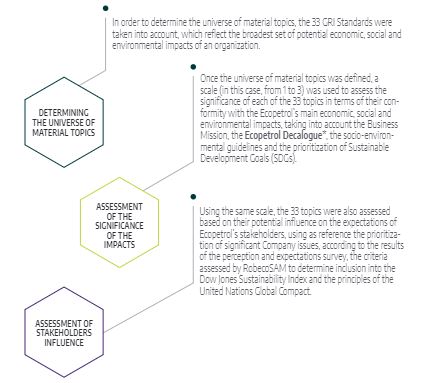 Each of the 33 topics was rated according to the defined scale, and an average of the three scores was subsequently calculated. 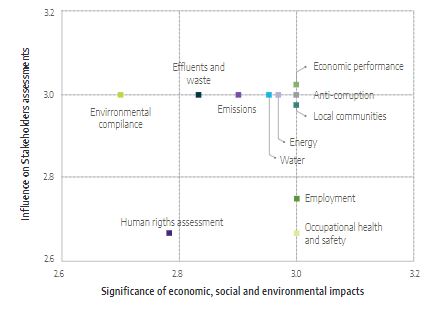 The matrix illustrates the 11 topics that were defined as material and that will be included in this report; however, it is important to point out that this report includes additional topics that Ecopetrol considers relevant.WaterEconomic performanceAnti-corruptionThe location of the material topics in this report is listed below, where further explanation is provided as to why these topics were identified as material, and the manner in which they are handled within Ecopetrol. 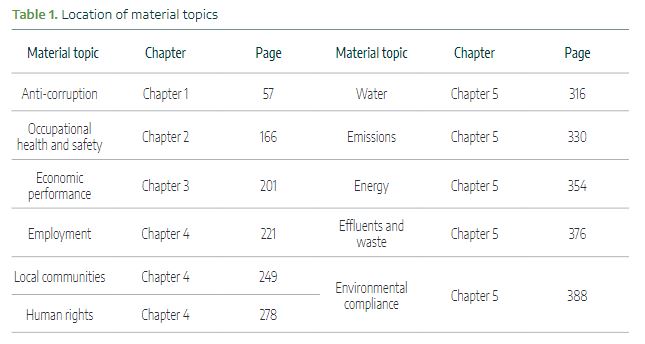